In 2005-2006 the browser games Orbox and Orbox B popularized specific type of puzzle. The mechanic was simple. A box slides in one direction until it stops at a block. And can only then be redirected by the player. Dozens of same mechanic games appearing every year since then. Orbox C stands out with its diversely creative level design, missions and score system. This sci-fi themed puzzle has original sounds and music, worth a listen. The mechanic idea was orignially invented by the game designer himself around 1996. He created the game a couple of times on different platforms(ZX Spectrum, ZX emulation on PC, Pascal, Qbasic) before the flash version reached the public.

Orbox C is a puzzle game that requires use of logic. It enhances simple mechanic with special elements and missions that interact in different ways. The game does not confuse with complexity and too much blocks on the field. Instead it has cleverly made levels with one or few tricks in each. This pushes the player to think some ways his brain might never done before. It can be mentally pleasant and rewarding. Difficulty in the game grows slow enough. Game has hundred levels with easy to average difficulty. So it is suitable for pretty casual players.

Game has 3 record counters - Score, Time and Steps. Each of them will require different tactics. 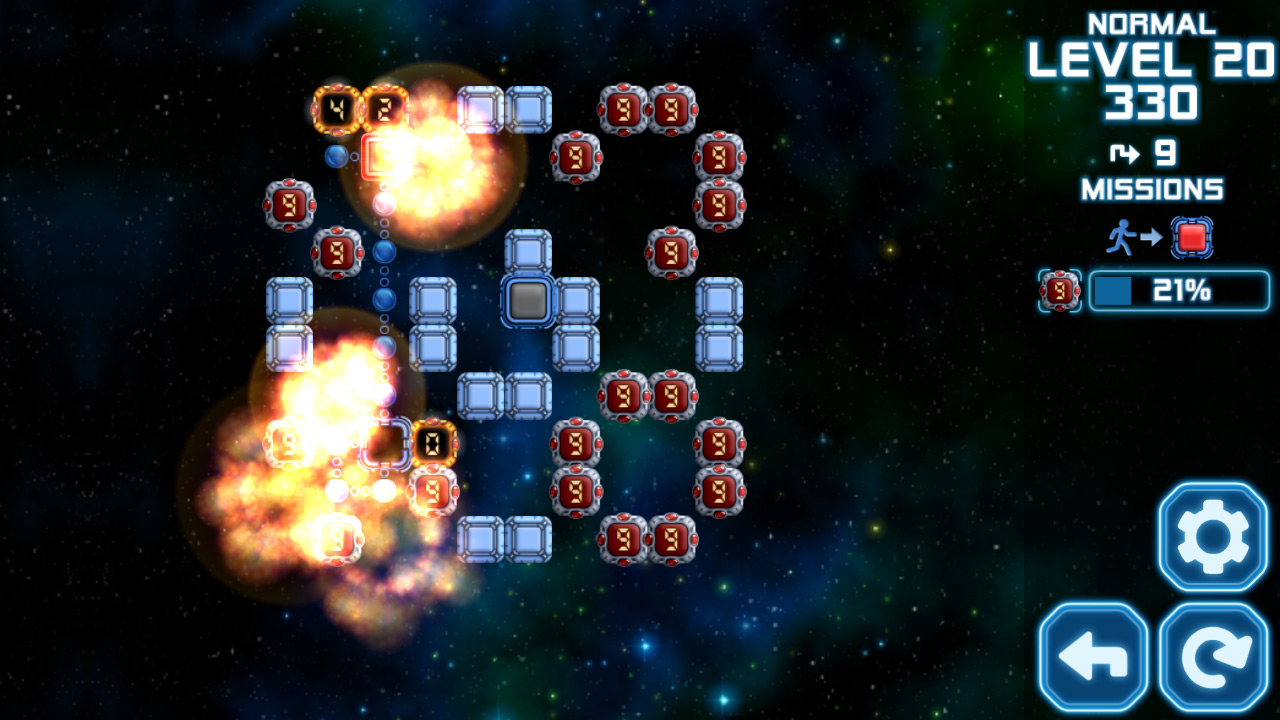 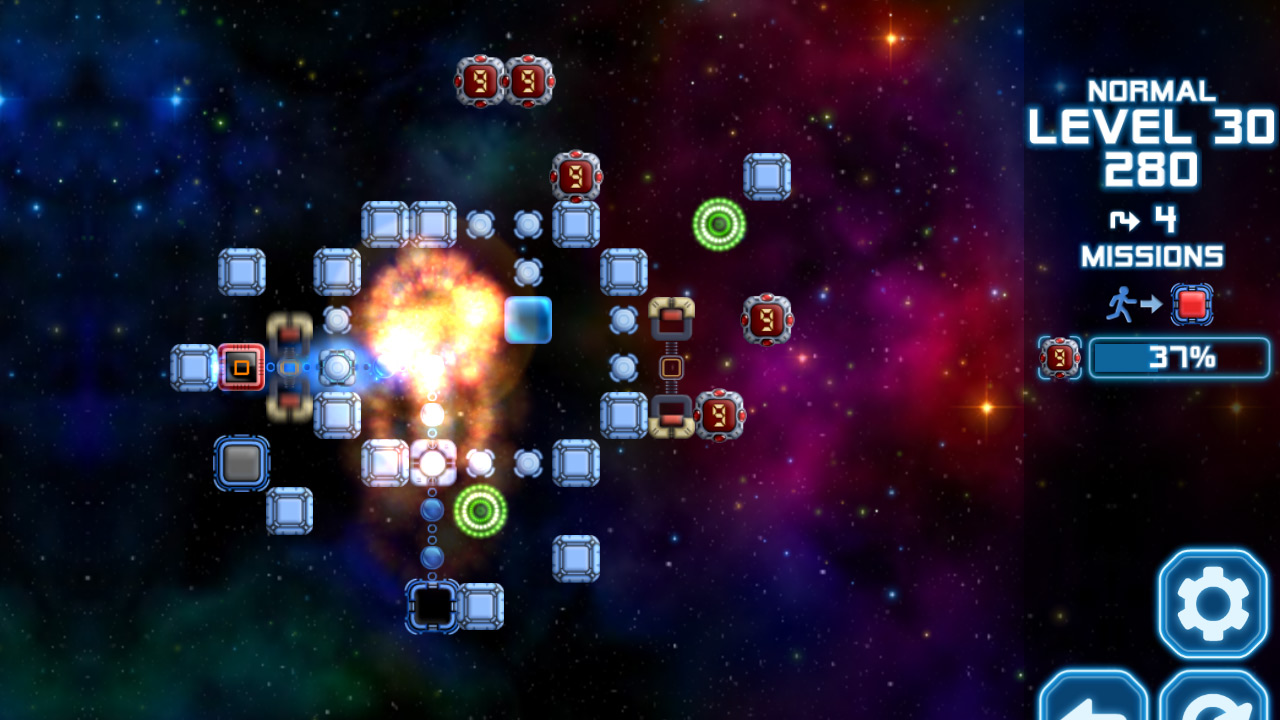 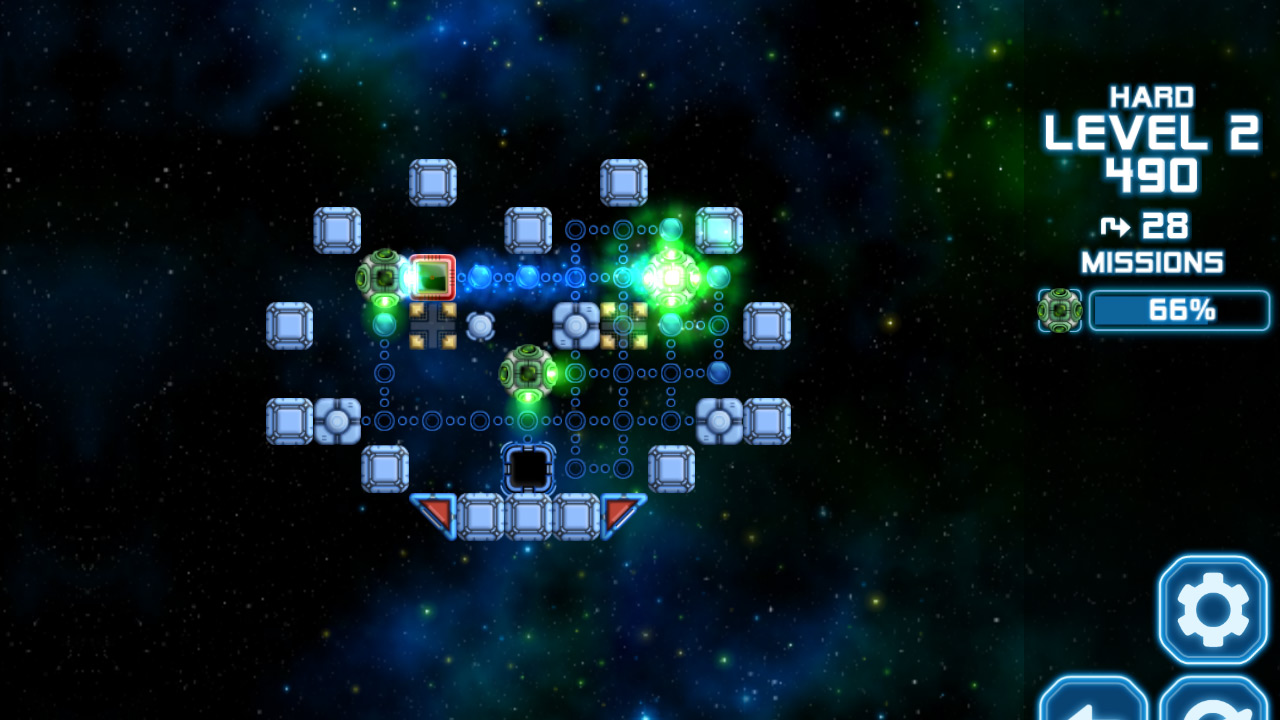 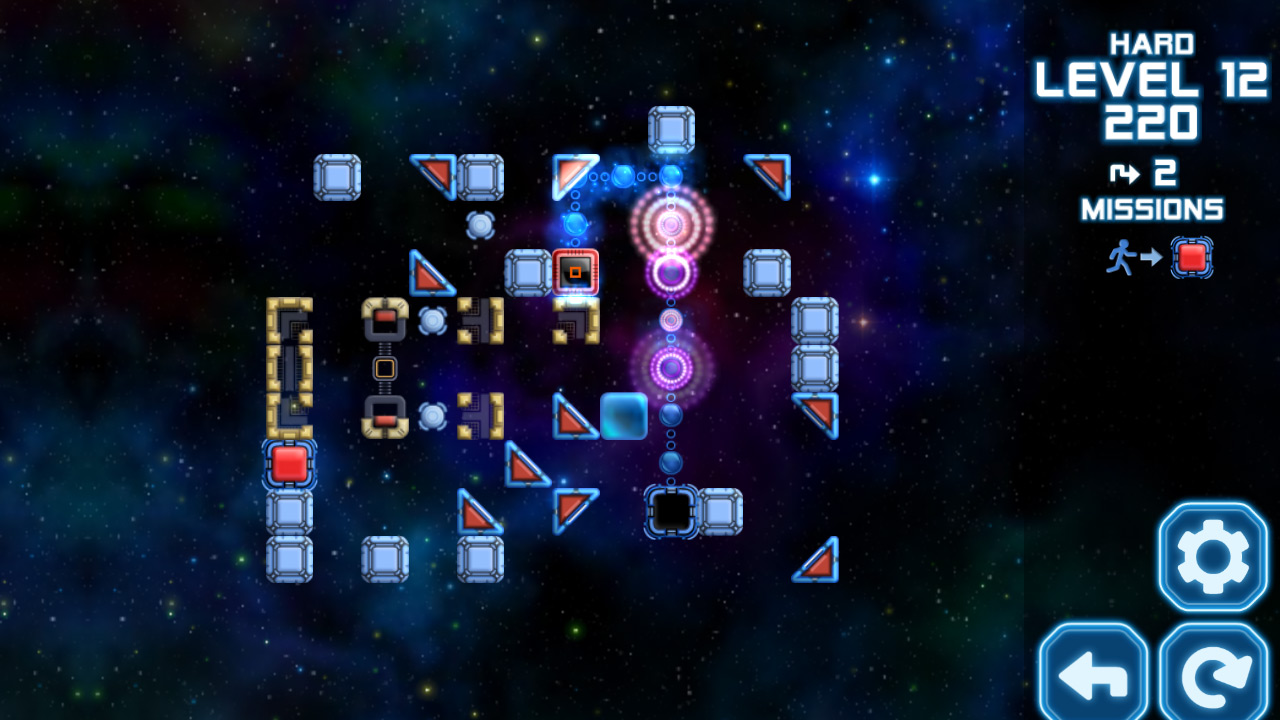 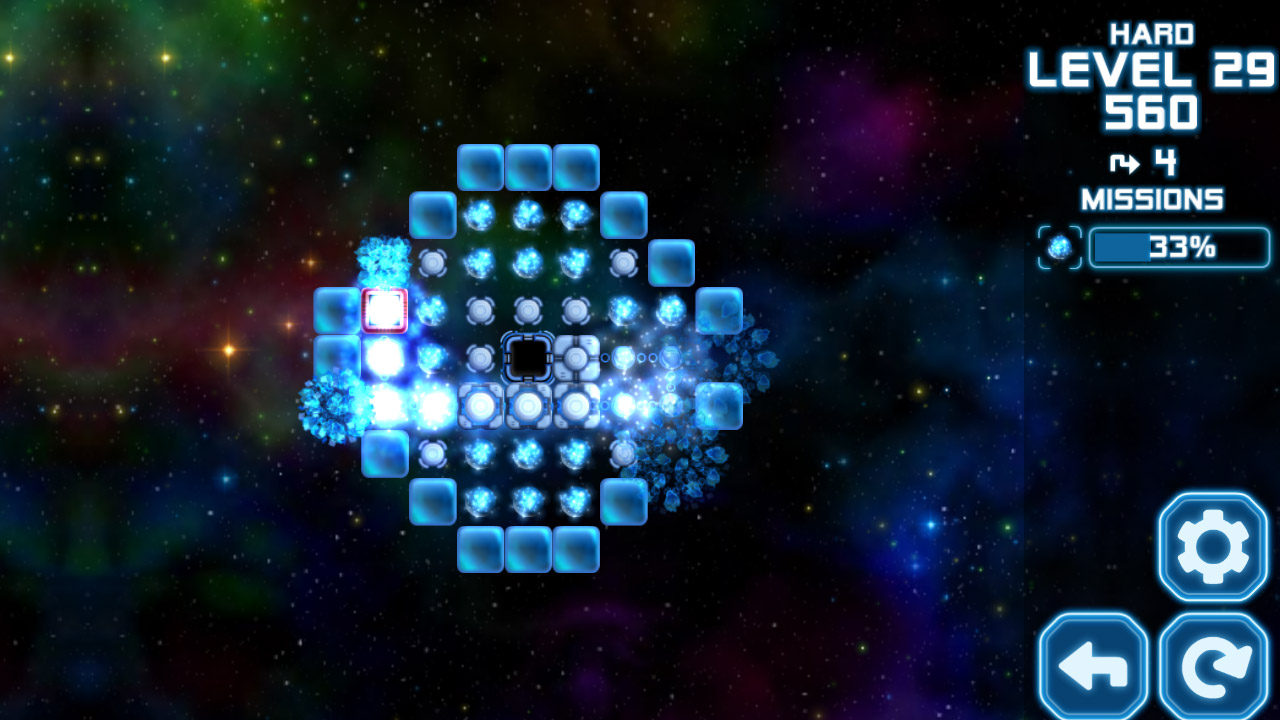 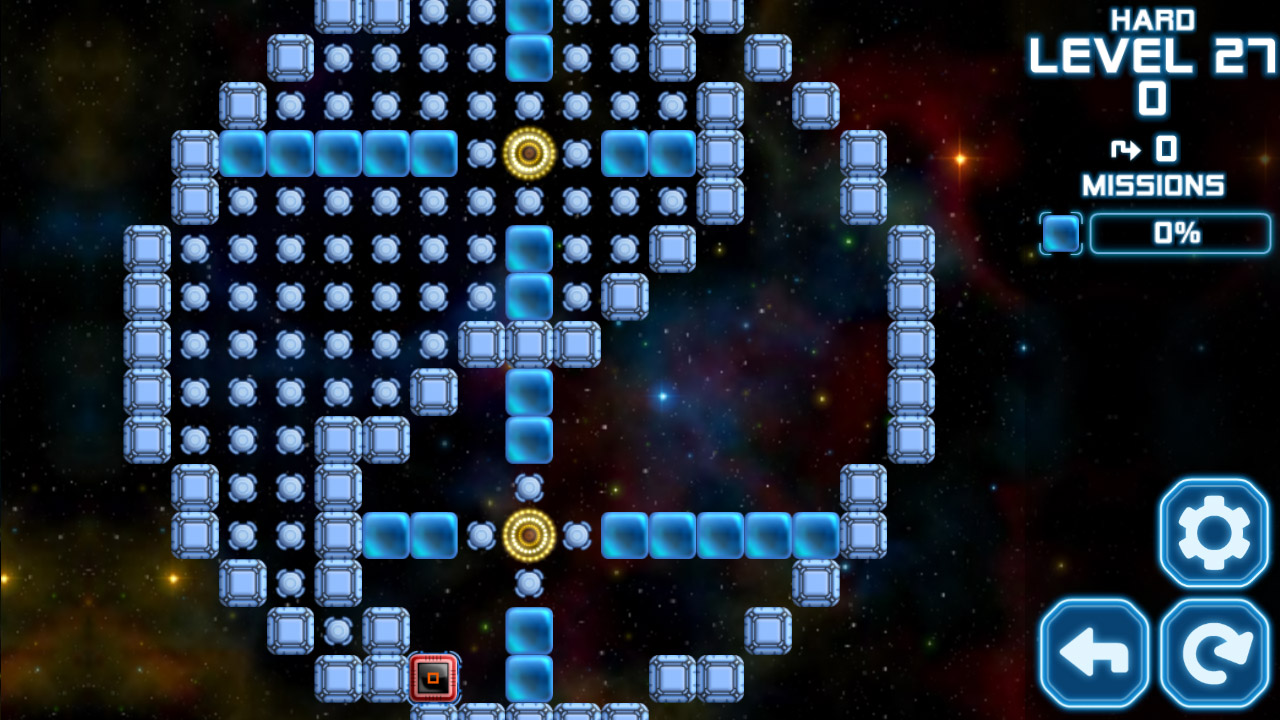 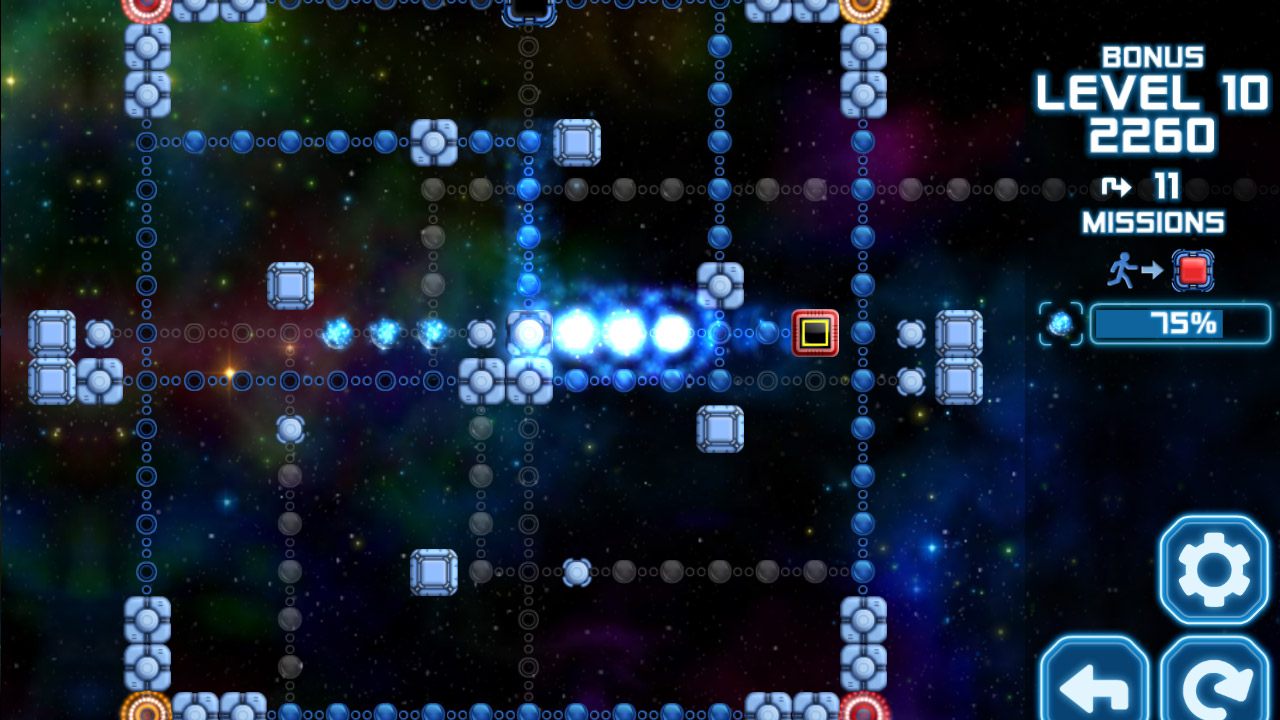 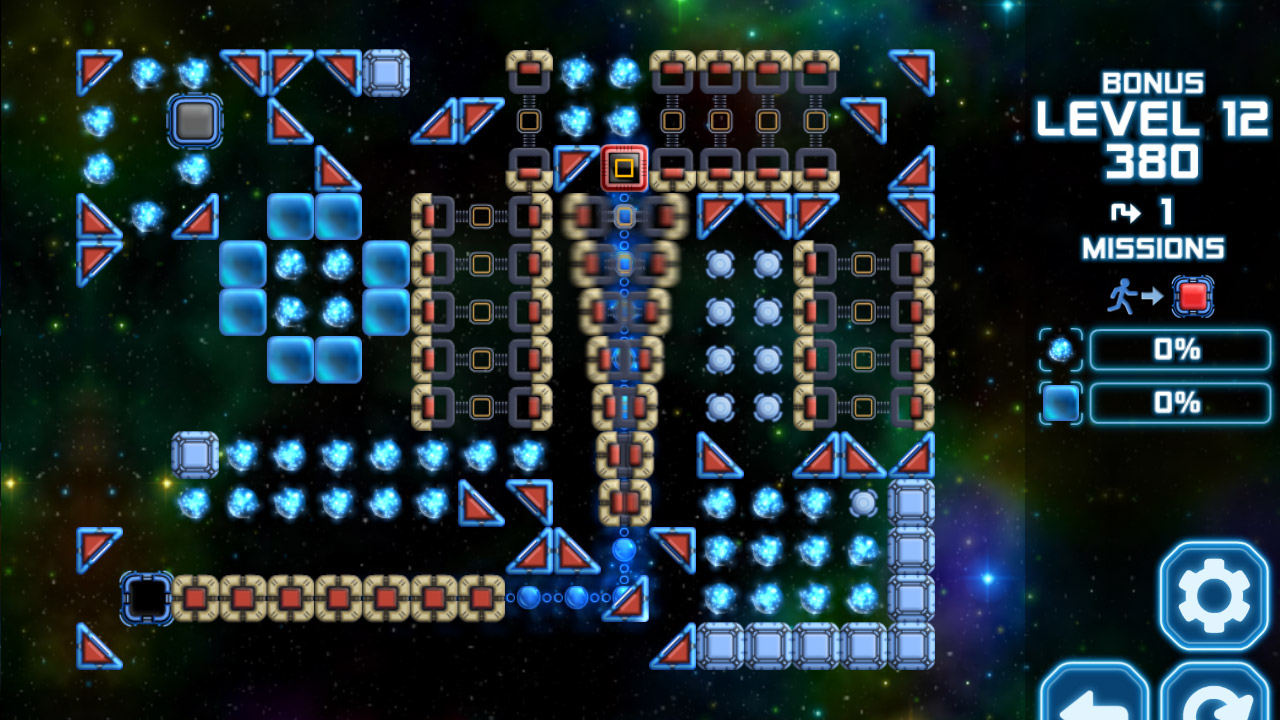 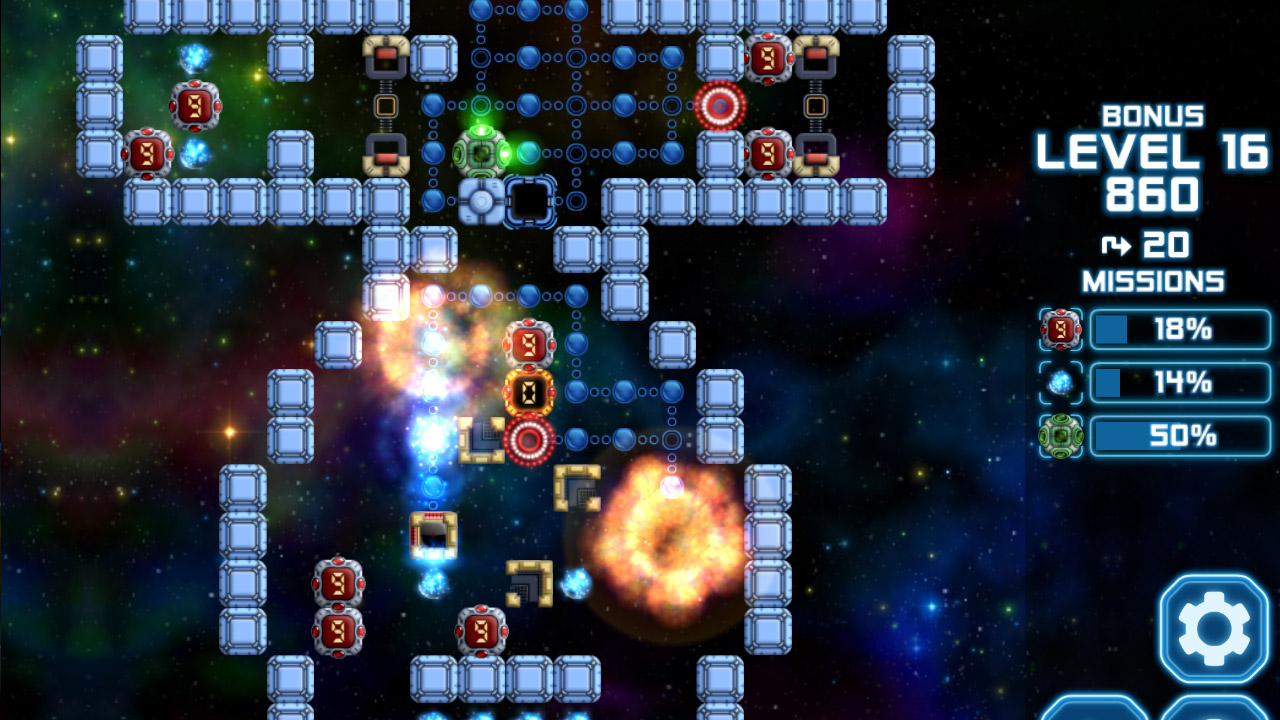 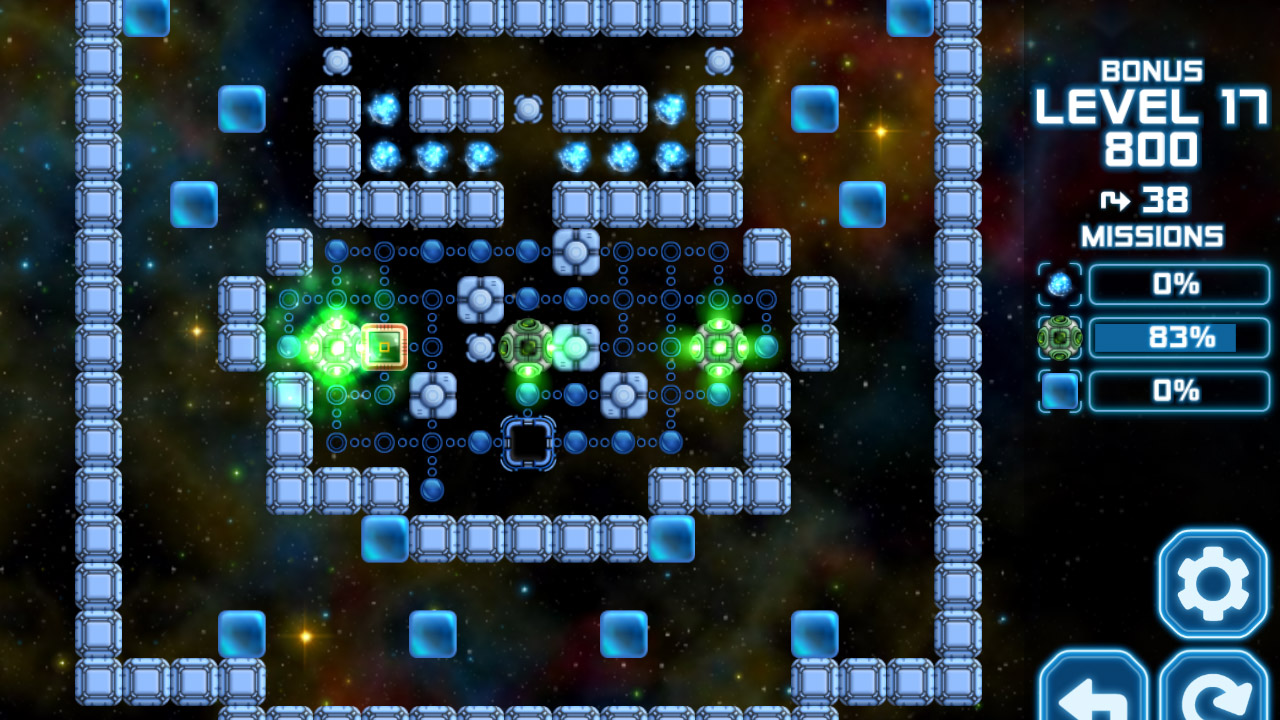 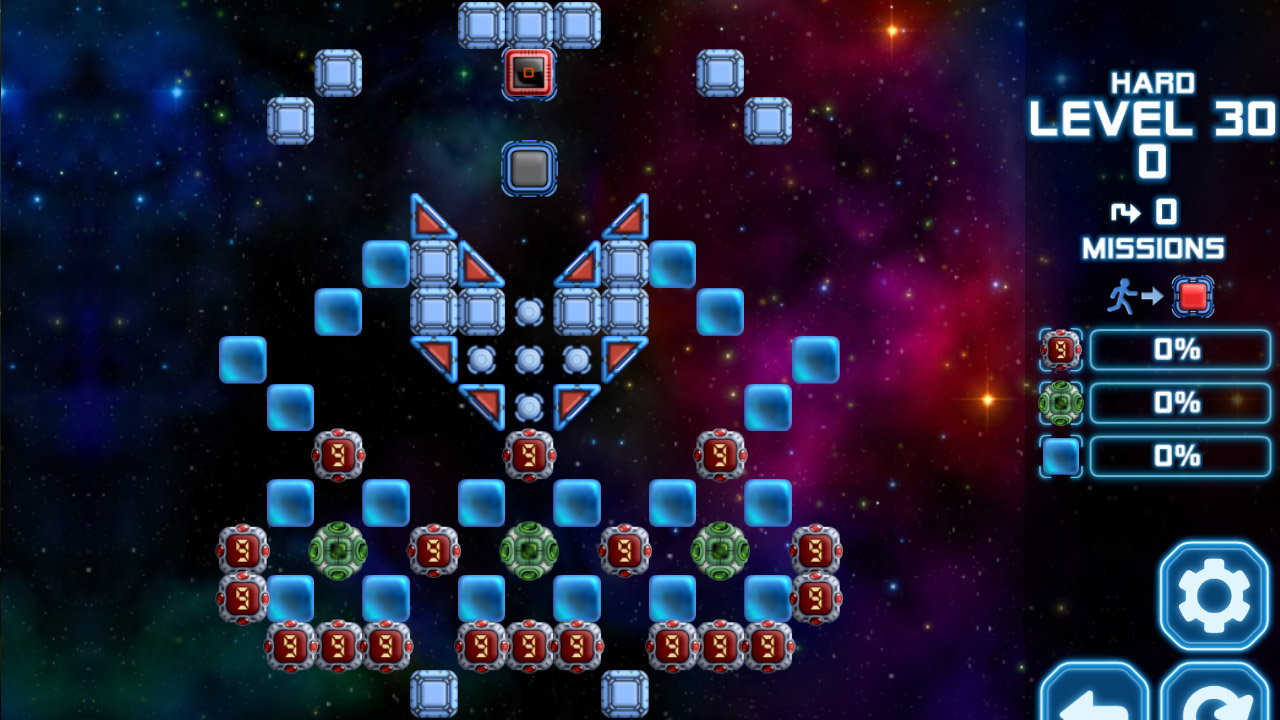 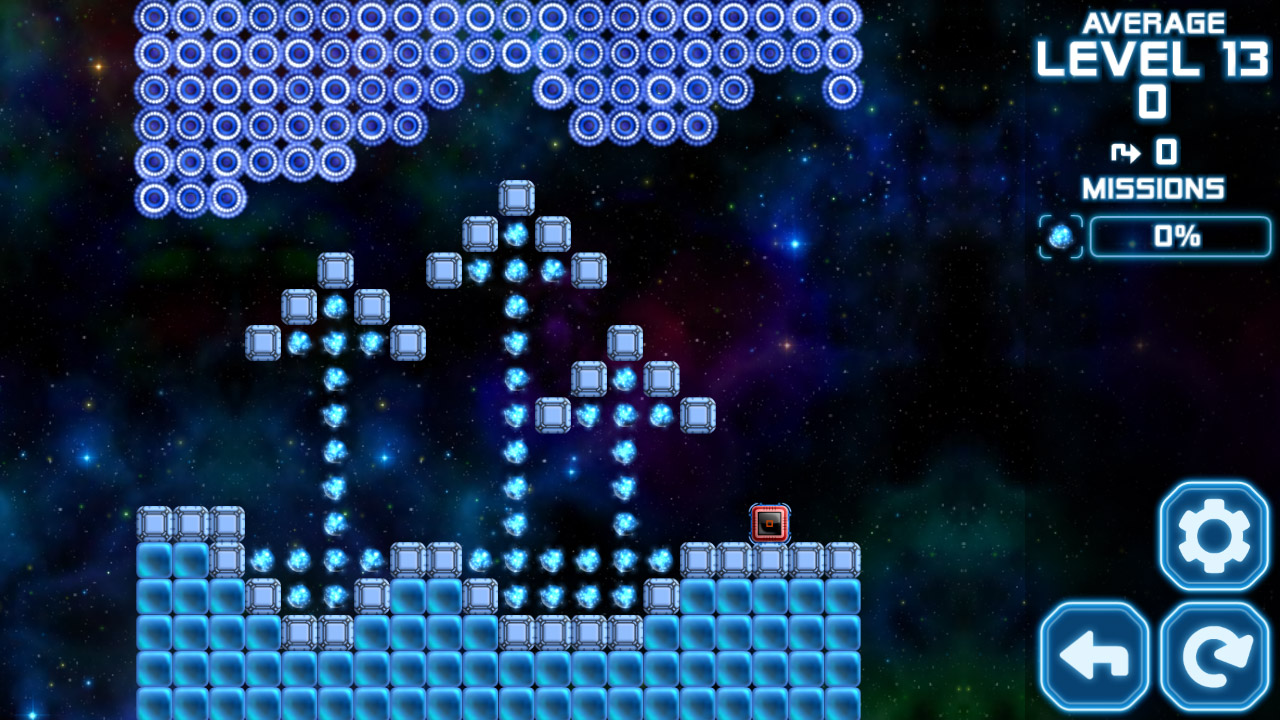 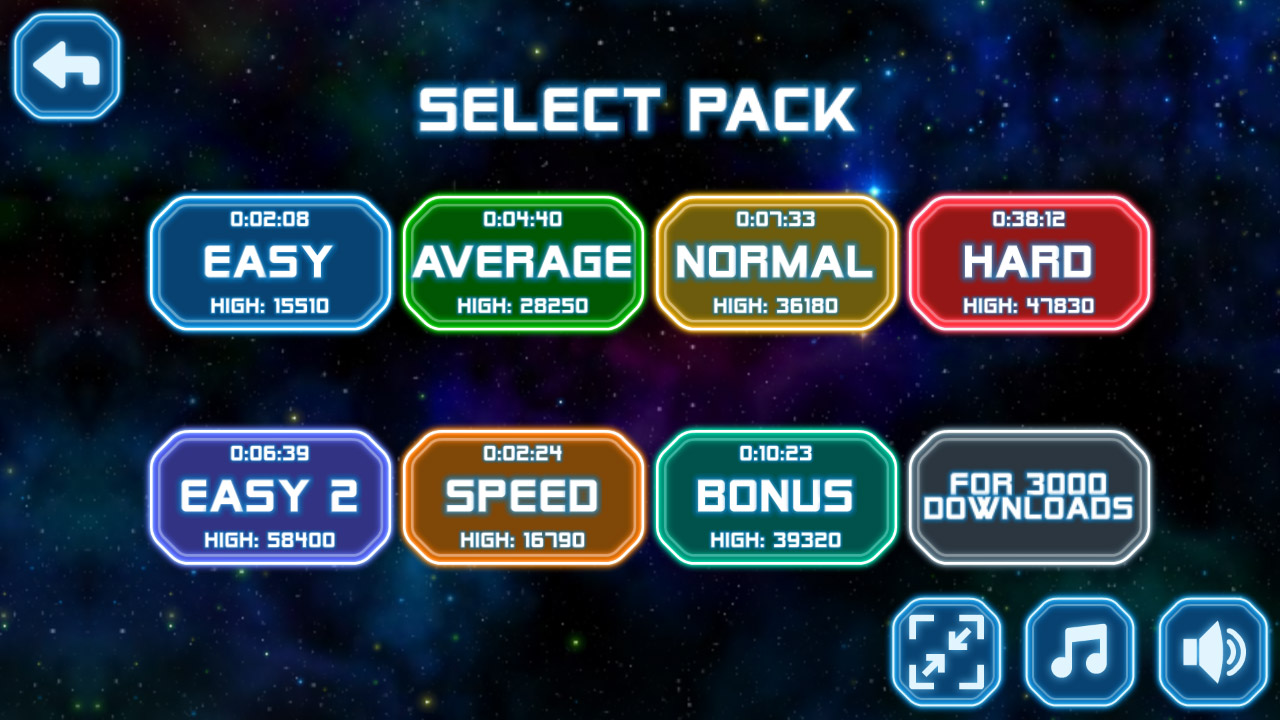 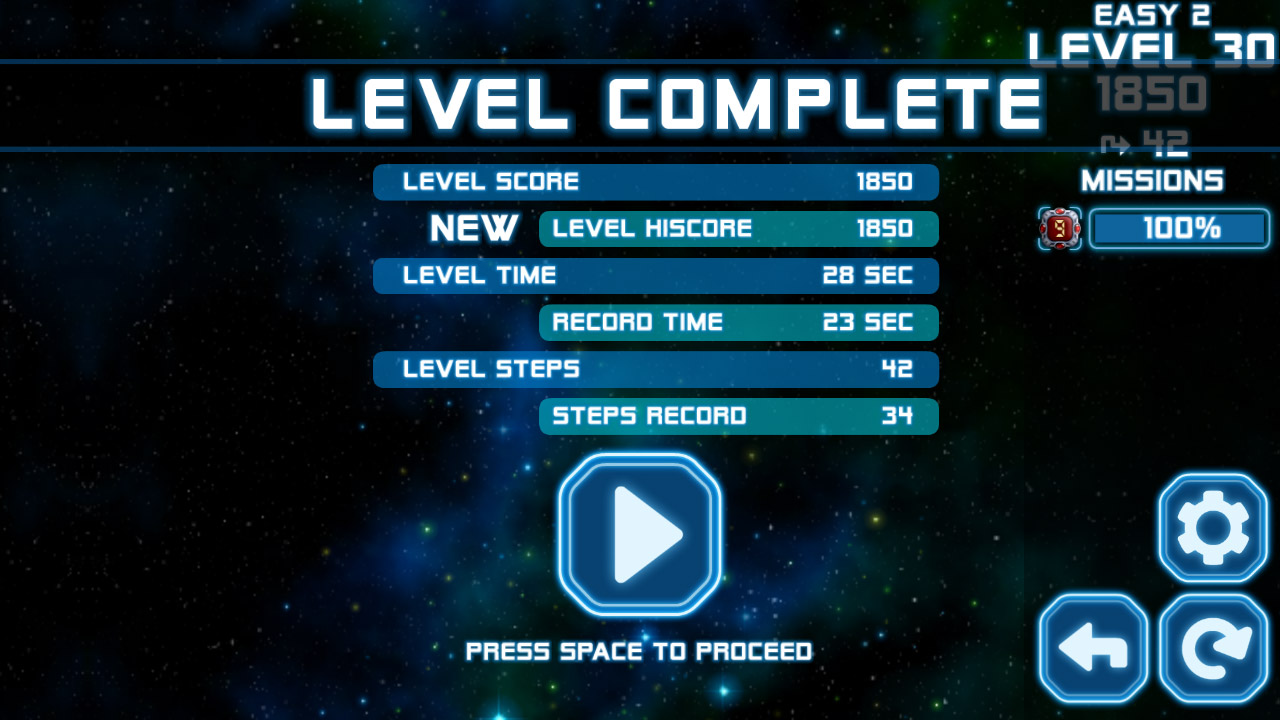 Orbox moves straight in 4 directions. UP/Down/Left/Right. Player can't change direction of the Orbox when it starts to move. So it moves until stops at any block.

Most of the levels have multiple solutions.

There can be up to 5 missions in a single level. Missions can be set in different combinations.

The Hard levels pack is literally hard. A hard level might take lot of of restarts and immersed thinking.

The Speed pack has a special concept around bombs. Player should move fast because when a bomb explodes he might lose the only possible way to complete a level. A twist from a deep thought to a fast reaction.

Score system counts the sum of circles in the tail after the Orbox. It is a bit intricate. The full circle gives player 20 points. And the empty circle gives 10 points. Circles become empty after the Orbox rides over the same path again. This makes it challenging to find best path for the best score. Another layer of solving the puzzle.

To set step records player should beat the level with smallest ammount of steps possible. The step counts when player pressed a button to make the Orbox move or make some action(like sensor activation).

To set a time record player should run as fast as possible on the shortest path.

The special effects like explosions made with random particles. This makes them look slightly different each time.